Is it Time to Fuel Your New York Fleet with Autogas? 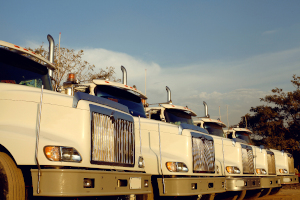 Have you ever thought about transforming your fleet into a something that is more economical, more eco-friendly and more reliable? It’s all within your grasp—thanks to autogas.

Autogas is the term used to describe propane when it is used as a fuel for vehicles. Using propane as an alternative motor fuel may sound brand new to some, but it’s actually been used for nearly a century—beginning with cars in the 1920s.

Since then, propane auotgas has grown to be the third most widely used motor fuel, behind only gasoline and diesel. Today, there are hundreds of thousands of vehicles in the U.S. that have been manufactured or converted to use autogas. According to the Alternative Fuels Data Center, 60% of alternative-fuel vehicles nationwide run on propane, from buses and fleet trucks to forklifts, lawnmowers and farm tractors.

Save on fuel with autogas

Fluctuating fuel costs can be frustrating for your business, but when you rely on propane autogas, you can generally enjoy an average savings of 30 to 40 percent per mile driven, considering both the cost of the fuel itself and expected fuel economy.

Be kinder to the environment

Today’s consumers tend to be much more aware of environmental issues and concerned about how to be kinder to the planet we all share. Supporting cleaner energy via autogas isn’t just the right thing to do—it could draw in environmentally-conscious customers who appreciate your commitment to the environment.

Here’s another eco-friendly benefit: any potential leakage will vaporize and dissipate. This means it won’t sink into the ground and contaminate soil or ground water, as gasoline and diesel would do.

If you’re interested in powering your fleet with propane, your local propane company can help.

Ask about converting your vehicles, setting up a propane fueling station at your property or arranging for on-site fueling on a regular schedule. Your propane company may even be able to help you qualify for alternative fuel incentives to help you save even more!