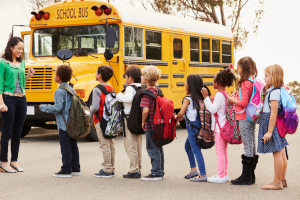 If you need visual proof that propane autogas is a wise choice for vehicles that transport precious cargo, look no further than the iconic yellow school buses of our nation’s public schools.

Today, nearly one million students in school districts across the country get to school in a bus powered by autogas – a testament to the safety, reliability, cost effectiveness, and eco-friendly nature of propane as a motor fuel.

For New York’s part, our state already has more than 681 of these “green” buses on the road. According to PERC, 5.5 million pounds of NOx emissions could be reduced per year if new propane-powered buses replaced the state’s 14,930 diesel buses that are older than the 2007 model year.

School districts in New York and across the country have gained enormous fuel savings by using propane autogas instead of diesel fuel. Propane historically costs less than diesel per gallon and reduces maintenance costs due to its clean-operating properties.

Additionally, propane-powered school buses perform better in cold weather than diesel-powered buses. They start more easily and heat the interior faster so that windows are defrosted quickly. The alternative fuel engine also is quieter than a diesel engine but packs a similar amount of power.

These are among the reasons that many school bus fleet managers who make the switch to propane stay with it. According to 2017 IHS Polk school bus registration data, more than 57% of school districts with Type C propane autogas buses have purchased additional buses.

If you’re interested in powering your fleet with propane, your local propane company can help. Ask about converting your vehicles, setting up a propane fueling station at your property or arranging for on-site fueling on a regular schedule. Your propane company may even be able to help you qualify for alternative fuel incentives to help you save even more!